2023 could mark a turning point for the Amazon rainforest

2023 could mark a turning point for the Amazon rainforest

New political leaders in Brazil and Colombia have promised to protect the rainforest, raising hopes of saving the ecosystem from becoming savannah 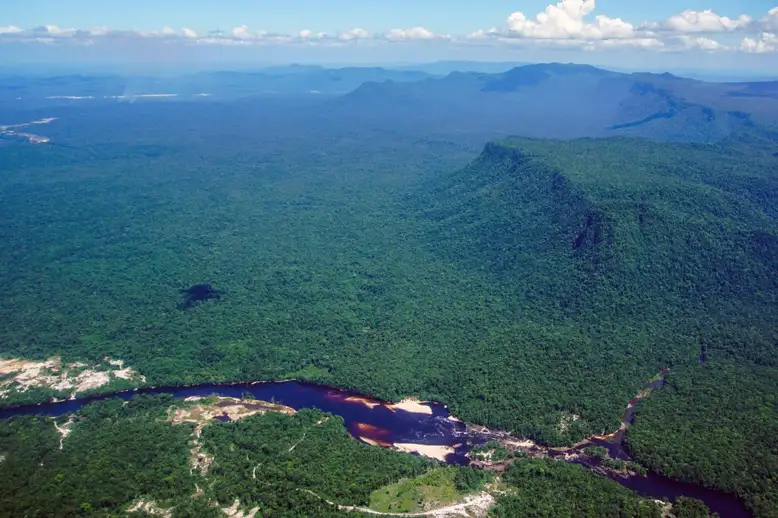 The Potaro river running through the Amazon rainforest in Guyana

After four years of runaway deforestation in the Amazon under Brazilian president Jair Bolsonaro, the election of Luiz Inácio Lula da Silva, who takes office on 1 January, could be a decisive turning point.

Lula has pledged to aim for net-zero deforestation – the first Brazilian president to do so. “A standing tree is worth more than thousands of logs,” he said in his victory speech on 31 October. “That is why we will resume the surveillance of the entire Amazon and any illegal activity.”

As well as the restoration of monitoring and surveillance efforts, Lula is proposing several ambitious projects, such as a national climate authority and a sustainable farming scheme. But without a majority in Brazil’s Congress, it is unclear whether he will be able to deliver on these pledges. It will also take time to dislodge the illegal industries that have taken hold in the Amazon, such as gold mining.

Despite the challenges ahead, Lula’s win has made researchers and conservationists more optimistic that the Amazon could be saved, even as there are signs it is hitting a tipping point that would see it transform into savannah. “The election of Lula is a great reason for hope,” says Mark Plotkin, an ethnobotanist and co-founder of non-profit organisation the Amazon Conservation Team.

The impact of Lula’s environmental policy should be magnified by the recent election of eco-conscious governments elsewhere in South America that have campaigned to protect the rainforest.

In Colombia, which is home to some of the Amazon’s most biodiverse regions, President Gustavo Petro is also positioning himself as a regional steward of the rainforest, after taking office in August 2022. Petro is pushing for high-income countries to support South America’s defence of the rainforest and he is also overseeing a total rethink of Colombia’s conservation strategy.

After decades of criminalising farmers who clear the forest for agriculture, the Colombian government now plans to offer them financial support to transition to more sustainable practices, such as harvesting Amazonian fruits from the trees.

The country’s environment minister also proposes diverting all carbon tax revenue directly to conservation schemes and forging an “Amazon Bloc” with other South American nations, so that they will have more leverage to secure international funds.

With Petro, Lula and US president Joe Biden all having been elected after campaigning to protect the Amazon, researchers say they have the political and public support to move forward with plans to conserve and restore the rainforest.

There may also be more opportunities for collaboration between different countries and groups. Bolsonaro blocked conservation in the wider region, not just Brazil, says Martín von Hildebrand, founder of the non-profit organisation Gaia Amazonas. Alliances between NGOs, scientists and Indigenous peoples can now be strengthened and their plans enacted, he says.

This could be the year that decades of damage begin to be reversed, says von Hildebrand. The anthropologist is working with researchers and Indigenous communities to draw up a reforestation project that would create a wildlife corridor stretching from the Andes to the Atlantic Ocean. “We’ve been waiting for a long time for political will to implement change and I think we are finally going to get it,” he says.

Carlos Nobre at the University of São Paulo, Brazil, believes that conservationists can capitalise on political support and the growing urgency of climate change to spur efforts towards reforestation.

At the COP27 climate summit in November 2022, Nobre presented a project to restore more than 1 million square kilometres of rainforest that would, he says, “store 1 billion tonnes of carbon dioxide a year for decades to come and prevent the Amazon from reaching a tipping point”.

Though the Amazon’s future remains uncertain, the importance of its conservation for climate change will only become more obvious in 2023, says von Hildebrand.

“It’s not only a carbon sink and a haven of biodiversity, but with its flying rivers [currents of water vapour], it’s a water pump for the entire Amazon, the Andes and beyond,” he says. “The forest is absolutely necessary. If we lose the forest, we simply won’t have water in this part of the world.”

Sign up to our free Fix the Planet newsletter to get a dose of climate optimism delivered straight to your inbox, every Thursday