Why does earth smell so wonderful after rain ? 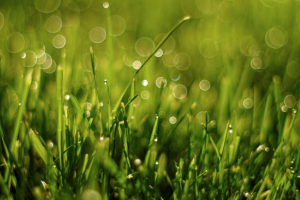 That wonderful smell that frequently accompanies the first rain after a long period of warm, dry weather is called Petrichor – a heady mixture of plant oils, bacterial spores and ozone.

In 1964, two Australian scientists, Isabel Joy Bear and R. G. Thomas, determined that one of the main causes of this distinctive smell is a blend of oils secreted by some plants during arid periods. When a rainstorm comes after a drought, compounds from the oils—which accumulate over time in dry rocks and soil—are mixed and released into the air.

In moist, forested areas in particular, a common substance is geosmin, a chemical produced by a soil-dwelling bacteria known as actinomycetes. The bacteria secrete the compound when they produce spores, then the force of rain landing on the ground sends these spores up into the air and the moist air conveys the chemical into our noses. 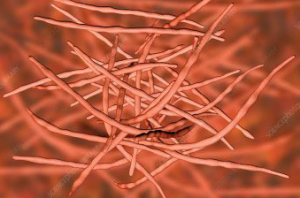 Actinomycetes can be found almost everywhere and are often called “Nature’s pharmacists”. They are remarkable filamentous organisms responsible for producing an estimated 70% of the antibiotics used in human therapy (making them the most robust natural source of antibiotics). They have key role in composting, in that their filaments stretch through the soil and work together to control harmful or unwanted soil bacteria.
And the final, important ingredient in our heady Petrichor fragrance is Ozone. Ozone – the molecule made up of three oxygen atoms bonded together—also plays a role in the smell, especially after thunderstorms. A lightning bolt’s electrical charge can split oxygen and nitrogen molecules in the atmosphere, and they often recombine into nitric oxide (NO), which then interacts with other chemicals in the atmosphere to produce ozone. Sometimes, you can even smell ozone in the air (it has a sharp scent reminiscent of chlorine) before a storm arrives because it can be carried over long distances from high altitudes.

Who knew that something so complex lay behind our enjoyment of a freshly cut lawn after a downpour ? There is a deeper question of why we enjoy it so much and scientists have speculated that it’s a product of our evolution.