Coal has not been used to generate power for 60 days

Partly due to a collapse in demand during the Coranavirus lockdown and a greater emphasis on using solar power, the UK National Grid managed to take coal plants off the network on April 10th and to avoid bringing them back online in Britain since.

Britain continues to phase it out, with two of Britain’s oldest coal-fired power stations having closed at the end of March this year, leaving just three left on the mainland.

This is a major shift from 10 years ago when 40% of the nation’s energy came from coal and only 3% came from renewables such as wind and solar power.

In 2020, the UK has the biggest offshore wind industry in the world, with the 659MW Walney Extension the world’s biggest operational offshore wind farm to date. Located in the Irish Sea near Cumbria and covering an area equal to 20,000 football pitches, it is designed to operate for 25 years and supplies enough electricity to power 590,000 UK homes. Overall, Britain’s wind farms had a bumper quarter, with output up 40% on this time last year. 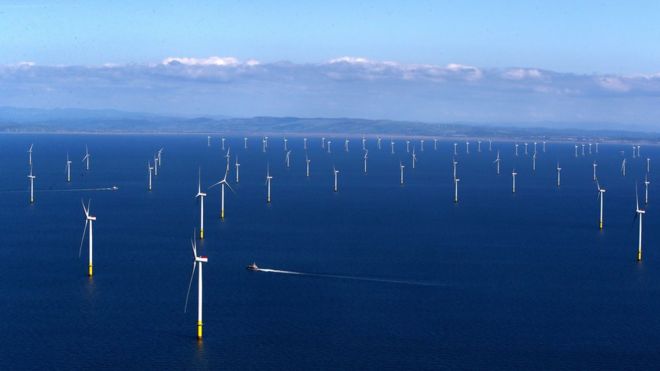 The Walney Extension offshore wind farm is the largest in the world.

Whilst energy sector transitions are meant to be slow, Britain’s energy sector has transformed its electricity generation mix more in the 2010s than in the previous ninety years combined.

As the oil crises in the 1970s caused a switch from oil to coal, the miners’ strike that followed in the 1980s, coinciding with expanding gas production in the North Sea, encouraged a switch from coal to gas in the 1990s. Now renewables have sparked a revolution in the UK power generating industry.
DRAX Electric Insights reports that “if this pace of change can be maintained, renewable sources could be providing more than half of Britain’s electricity by the end of this decade and Britain’s power system could be practically carbon free.”