Seeing the wood for the trees in carbon offsetting

Seeing the wood for the trees in carbon offsetting 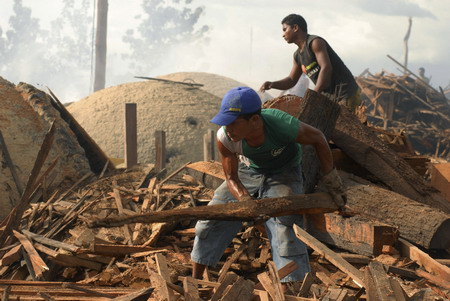 Companies are falling over themselves to offer their customers ways of contributing to cutting carbon emissions with good intent, offering them easy, “tick-box” options at the end of their on-line purchases to participate.

But are these schemes any good ? How can the consumer be assured of the benefits of the scheme they have implicitly signed up to ?

A major part of the problem is that the majority of carbon offsetting projects require a long-term investment which needs to be protected for its lifetime if it is to deliver all the benefits promised when first initiated.

Worldwide tree-planting schemes are an excellent example of how good intentions can go astray.

An endangered Mogno tree in Brazil will have to stand for 25 years, in good health, to sequester 275 Kg of carbon dioxide. It must be protected against illegal logging, disease and land clearing, often in remote sites where the indigenous people struggle to achieve even a rudimentary standard of living. At state level, the government may be committed to the success of a reforestation scheme but local officials, militia, tribal leaders and working populations may not – corruption and basic human needs will win (almost) every time. According to Haley Dixon, writing for the Daily Telegraph, “in eastern Madagascar, in the Ankeniheny-Zahamena Corridor, an area of ecological importance known as the CAZ, do not realise that the trees they cut down to clear space for mining and agriculture, or to build their homes and fuel their stoves, have already been turned into carbon credits.”

If a scheme offers clean-cook stoves to local people in India to replace the centuries-old practices of burning charcoal on open fires, how does anyone know if they use it or discard it ?

Illegal mining on protected land is often tolerated, bringing the twin perils of land clearing and pollution of local watercourses with heavy metals.

And the final nail is a lack of transparency and accountability. If a piece of land cannot be monitored continuously and the benefits of schemes measured continuously, can we assume that they are delivering ? One thing that we can be assured of – even if we did not hear the sound of a tree falling in a remote forest, it will have actually fallen.

Working in companies committed to saving the planet, or as consumers, we can make a real difference by supporting independent, verifiable carbon offsetting projects where that measurement is carried out by trusted independent accrediting bodies such as the QAS, the Climate Group or International Emissions Trading Association (IETA) promoting standards such as the Gold Standard, Clean Development Mechanism and the Voluntary Carbon Standard 2007 (VCS 2007).

Ignore the airlines and energy companies’ tick-boxes and do your own homework. Seek out worthy carbon-saving initiatives that you know are making a difference, who can prove that they will be delivering in the years to come and support those instead !