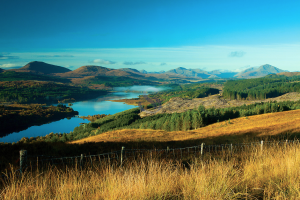 As a result of UK Freedom of Information requests, internal emails seen by The Ferret investigative blog have revealed that, in the run-up to an announcement by Shell last October that it was funding a new £5m tree-planting initiative, Forestry and Land Scotland (FLS) officials raised a number of concerns.

In August 2019, Jo Ellis, FLS head of planning and environment, noted “I do think we need to be cautious about how we communicate this…I don’t want us to come across as falling for the greenwashing. The fact remains that mitigation work such as tree planting will not be sufficient to offset carbon emissions for the long term (we need to be reducing the use of fossil fuels).”

“The tiny amount Shell is putting into green initiatives is dwarfed by what it is still spending on investigating new oil and gas reserves, and in blocking initiatives to set legally binding emissions reductions targets.” she added.

“What we should actually be doing is reducing emissions – e.g. stop using petrol, which Shell is not planning to do. But until such time as technology moves us to a low emissions, projects that sequester carbon such as this one will buy us time.”

Ellis continued: “Personally I would have a problem with them saying anything that implies that this is going to make what they do environmentally friendly. This is all about reducing the harm that they do, not about them doing good.”

FLS director of land management, Trefor Owen, supported her concerns: “What Shell are offering us is relatively small beer for them, but it gets a shiny new organisation (us) to add to the list of green organisations supporting their offsetting ambitions.”

Over the next five years, as the first phase of this initiative, Shell UK is funding the co-operation to preserve and extend native woodland at Glen Garry in Lochaber, including a scheme to plant more than 200,000 trees in the first two years. As reported in the Guardian, “the fund sounds big, and it is – until you compare it with Shell’s annual income of $24bn”.